Our New Woodworking Shop is Complete!

After many months of hard work, I have completed our new woodworking shop!

It would be hard to overstate the huge improvement the new shop is over the absurdly tiny storage shed that I’d been using since I began this little wall easel making business. There is more than five times the space, better lighting and many more electrical outlets for running power tools.

Work began in August of 2016. The excavation was completed quickly. The concrete footers, cinder block wall and poured slab were completed over over the next several weeks. The summer’s heat wave, with temperatures reaching 102°F or so each day for three weeks, made the work challenging. My experience laying concrete block is limited, so I was relieved that it turned out reasonably well. That said, if I never lay another course of block, it will suit me just fine!

With the help of several friends and family, we had the wall framing complete in a day. The walls were raised and the roof trusses were in place a day later. With the exception of the electric, I did most of the subsequent work by myself. Typically, I got to work around 5AM each morning and worked until the sun went down. Roofing, siding, soffits, windows, trim, gutters and exterior painting were completed as Summer turned to Autumn. I installed some temporary doors to keep the leaves from blowing inside.

By October, the electrical wiring was in and I’d received approval from the local building inspector to get our permanent electric service. I insulated, hung drywall on the ceiling, then covered the interior walls with plywood. With all of the new space, I began purchasing some new equipment. I’ve added a 6″ X 80″ edge sander, a full stand 12 speed drill press and a large 5HP bandsaw to my woodworking arsenal.

By the beginning of December, I had completed the interior window casings, doorway and trim. After the walls, floor and ceiling were painted, the electrician returned to finish installing lights, switches and outlets. I have a good mix of 220v and 110v outlets throughout the building as well as plenty of overhead fluorescent light fixtures. The light is bright and perfectly illuminates the entire space.

The last phase took me longer than I had anticipated. This included building and hanging two very large outswing carriage doors, followed by workbenches, a miter saw station, various rolling carts, tool cabinets, shelves and such.

So now, the second week of February, I have moved the rest of my tools, equipment and lumber in and am ready to resume production of wall easels. 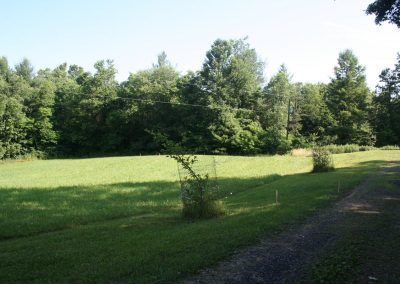 The pastoral setting of our future shop. 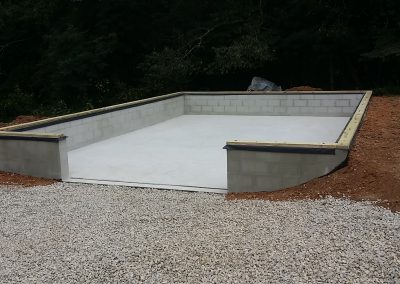 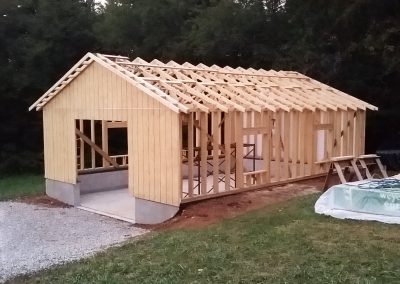 The framing was the easiest phase of the building project. 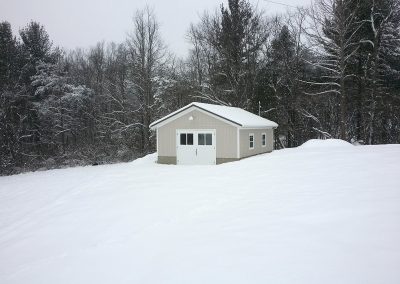 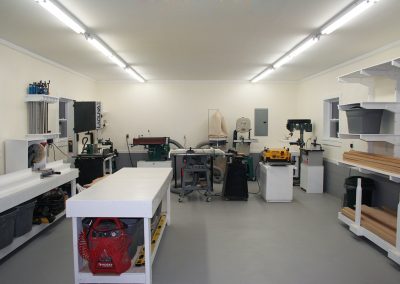 A simple and practical shop layout. Mobile bases on every tool make setting up easy.

If you are not completely satisfied with your purchase, you may return it within 30 days of delivery for replacement or refund.

UPDATE: I will be returning to easel making in July, 2022. It will take a while as I get new inventory ready for ordering. Thank you for your understanding. Read More >