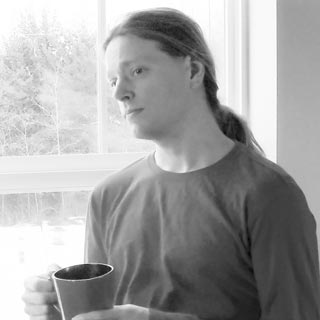 Jason is a painter and woodworker. He is 44 years old, a husband to an incredible woman, a step-father to two amazing young ladies and a daddy to a precocious four year old son. He runs this website, is never fully satisfied with his own work, loves classical music and indie rock. Occasionally he writes about himself in third person.

On My Journey To Be A Painter

I’ve always wanted to be an artist. Throughout my childhood, I was consumed with drawing. In my teens, I read every book on art history that I could get my hands on. I studied art in college and always presumed that eventually, I was to be a professional painter. During my twenties however, rather than pursuing a career in art, I tried to establish myself in other, more “practical” careers. In the decade that followed, I’d become an alcoholic, then struggled back to sobriety. In my early thirties, I destroyed most of my completed artworks. I spent many years in chronic depression and did not paint at all. Time and again, I found myself removed from the creative impulse I had felt was my true calling. Then in 2010, I met Cindy, the remarkable woman I was to marry. It was with her encouragement that I began dedicating more time to working at my easel. I painted only a little here and there at first, but then more deliberately and with less apprehension. Initially I had no intention of selling or even showing my work, but my confidence has grown as I’ve completed more paintings.

While woodworking has long been an interest of mine, the easel business is something of a happy accident. After sharing some photos of the easel that I built for myself, artists began asking to purchase easels for their studios. Reluctantly, I built a few. They sold quickly and the artists who bought them were pleased. Thinking ahead, I made a large batch that I imagined would sell over the course of a year or so. Instead, they sold out within weeks! To better meet demand, I’ve recently built a much larger, dedicated woodworking shop. All the while, I have continued to refine the easel design based on customer feedback and testing. It’s a good feeling to know that painters are creating their artworks on an easel that I designed and built.

August 26, 2021: I'm taking a hiatus from making wall easels to work on my own art projects for a while. Thank you for your understanding. Read More >